Marisa Miller is one of the most prominent names in the modeling world. She has set a benchmark for all aspiring models with her killer looks and exceptional talent, not only as a model but also as an occasional actress.

Owing to her gorgeousness and her angelic charm, Marisa has become the face of various renowned brands through the years. She is also the first spokesperson for Harley Davidson since the inception of the company, followed by becoming a spokesperson for the NFL.

If you love her as much as we do, keep reading as we explore the life of this enchantress and find out everything, from her love life to her body measurements.

Marisa Miller is an iconic supermodel whose exquisite looks and perseverance have helped her become an eminent name in the modeling industry. She was born on 6th August 1978, to an American family in Santa Cruz, California, United States of America.

Marisa  Miller’s career began as a model at the young age of sixteen, when she was walking through a cafe with her mother. Two Italian modeling agents approached her, and within a few months, she was on her way to Italy to kick start her career with a magazine feature.

However, Marisa Miller only gained notable recognition in the year 1997, when she posed nude for a feature in the Perfect 10 magazine. And although she bagged the third rank in the first issue of Perfect 10, numerous offers subsequently poured in to cast her in various other magazines.

Miller rose to fame by the year 2001 and went from being a basic magazine model to a distinguished glamour girl. She worked with the famous fashion photographer Mario Testino, who helped her feature in the American as well as the Italian edition of Vogue magazine, which ultimately gave her career a breakthrough.

By 2002, Marisa Miller was walking the ramp for one of the biggest lingerie brands, Victoria’s Secret. During the same year, Sports Illustrated signed her up for their swimsuit issue, and she continued to appear in it for the next six years, which immensely helped in elevating her name in the fashion industry.

In the year 2008, Sports Illustrated released a swimsuit calendar for the following year, with the theme, “Best of Marisa Miller.”

Marisa Miller has an ideal height to weight ratio, which makes her suitable for every kind of fashion feature, be it magazines or ramp walks. She stands 5 feet 8 inches or 173 cm (1.73 m) tall, and her weight is only 55 kgs or 121 lbs.

The supermodel’s incredible physique has put her in a prominent position in the modeling world. Her exceptional frame makes her look stunning while she poses in her lingerie and two-piece swimsuits on magazine covers and ramp shows.

In order to stay in shape, Marisa aims to be diet-conscious. She is a highly aware consumer when it comes to her dietary habits and is very mindful about what she eats. In addition to that, she practices portion control and aims to go for healthier alternatives.

Marisa Miller’s extraordinary looks have gained her mass following and a massive fan base globally. Her fans are mesmerized by her beauty, which would make anyone think that she has had a long list of lovers. However, that is far from being the truth.

Marisa Miller married her first husband, Jim Miller, in 2000. Unfortunately, they separated within two years of tying the knot. However, Marisa continued to use the surname and has kept it to date. Following her divorce, Marisa started seeing music producer Griffin Guess.

The duo got married on 15th April 2006 and had two children out of wedlock. Her first son, Gavin Lee Guess, was born six years into their marriage in 2012. Subsequently, Marisa gave birth to their second child, Grayson Lee Bazyl Guess, in the year 2015.

Marisa Miller gained immense popularity through her features in the Sports Illustrated Swimsuit Issues, as well as by being Victoria’s Secret lingerie model. Her astounding figure makes her an ideal pick, owing to her body measurements being 35-23-35 in or 88.9-58.42-88.9 cm.

Marisa is a total fitness enthusiast and ensures that she does not miss out on her workout regime. She has a phenomenally flat belly and has shared her workout secrets with various health magazines.

Marisa has shared that she aims more towards building muscle than losing fat. One of her favorite exercises is alternating crunches. She also swears by planks and claims that they can definitely help you achieve your ideal torso goals. Marisa is also highly fond of leg lifts and does them regularly to get the perfect waistline.

Marisa Miller looks absolutely remarkable in all her other lingerie features. One of the main things that grab everyone’s attention towards Marisa is her voluptuous bosom. The catwalk queen’s breast size is 35 inches, and her bra size is 32C with cup size C.

Marisa is exceptionally confident while walking the ramp in her modeling pageants, where she exuberantly shows off her amazing figure in her two-piece sets. Marisa’s fans drool over her exquisite beauty, especially her curvaceous and ample bosom.

Marisa Miller has graced the covers of various magazines in sexy and revealing outfits that show off her bosomy figure. Her bust has caught the attention of millions and people, which has led to many rumors about it.

However, Marisa Miller never confirmed any such claims about undergoing breast enhancement surgeries. On the contrary, she openly talks about her workout regimes and beauty secrets and owes it all to it. Her discussions about the same have successfully dismissed all the rumors about any artificial augmentations.

With the help of her modeling and acting career, Marisa Miller has made a multi-million dollar fortune, in addition to earning a massive fan base. As of 2021, Marisa has a net worth of a stupendous $8 million.

Marisa has acquired her riches with her successful career, not only as a model but by also becoming a celebrity brand herself. She participated in online content, co-hosted and judged reality shows, and appeared in various commercials.

While in high school, Marisa Miller was a star Volleyball player. She played for her school team as an outside hitter, and thanks to her outstanding skills, her team did not lose any games during the entire season.

Marisa consecutively ranked second and third in the list of top 99 “most desirable women” by Ask Men. She was also the global winner of FHM Magazine’s internet poll, Sexiest Women in the World, in the year 2010, followed by ranking 7 in the same poll the subsequent year.

Marisa Miller comes from a family of nurses. Her mother and both of her sisters are certified nurses, and Marisa, too, once stated that if she ever left modeling, she would choose to become a nurse herself.

What face shape does Marisa Miller have?

Marisa Miller has an oval-shaped face with an incredibly well-defined and strong jawline, which gives her the quintessential model face.

What is Marisa Miller’s hair color?

What color eyes does Marisa Miller have?

Marisa Miller has mesmerizing hazel-colored eyes, which go in consonance with her blonde hair and fair skin tone.

Where does Marisa Miller live?

Marisa Miller is an enigmatic personality and a renowned American supermodel and actress. Her sensational looks have led her to become the face of some of the most influential brands, all over the world, and she has further managed to create some of her own collections too.

Marisa’s determination, coupled with her exotic looks, vividly reminds us of her counterpart, Karlie Kloss. If you wish to know more about her, do not miss to check out the success story and spectacular body measurements. 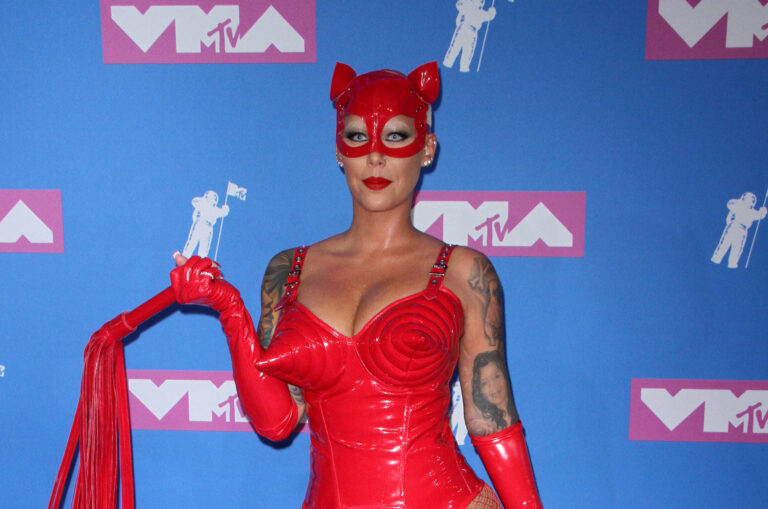 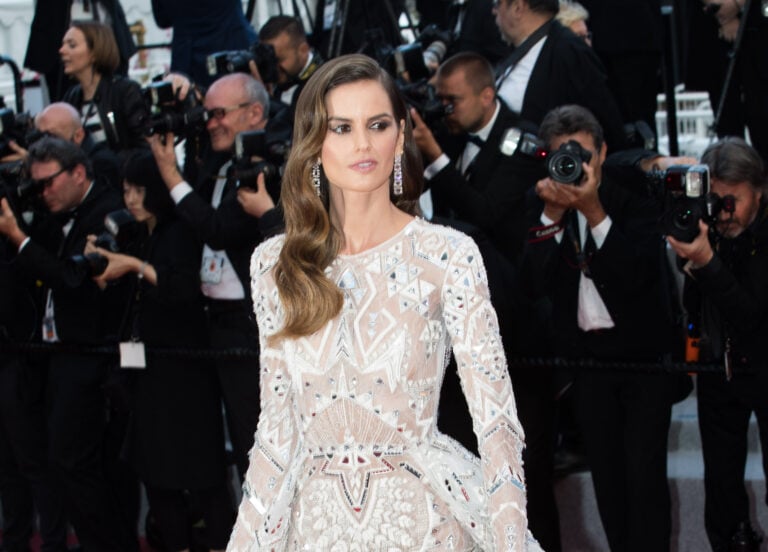 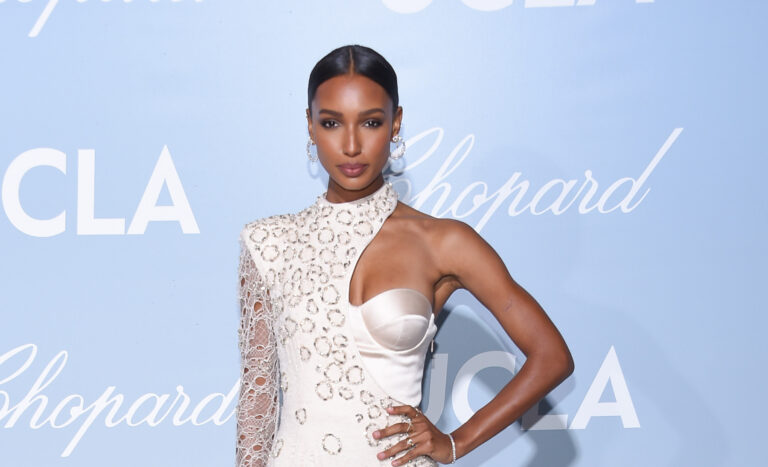 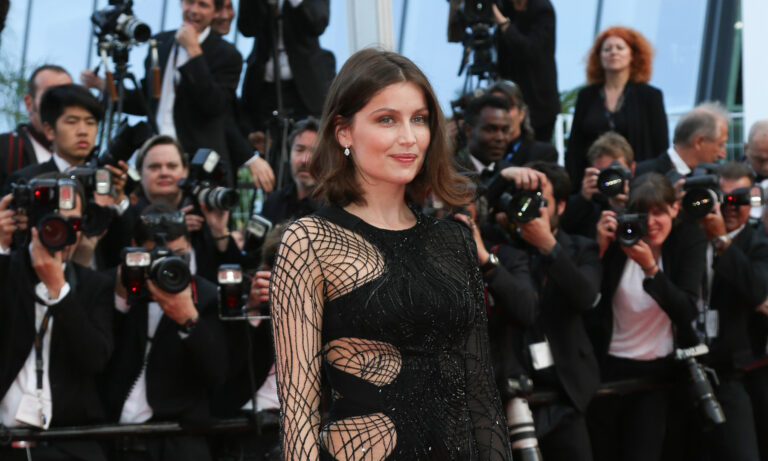