Actress Patricia Heaton rules over millions of hearts due to her outstanding contribution to the industry. Apart from being a talented actress, Heaton runs a production company called FourBoys Entertainment.

Moreover, Patricia has received a star on the Hollywood Walk of Fame. Read along if you want to know the intricate details of her personal and professional life.

Patricia Heaton was born on March 4, 1958, in Ohio. Her mother was a homemaker who died of an aneurysm when Patricia was only twelve. Her father, on the other hand, was a sportswriter for a local newspaper.

After graduating, Heaton went to New York City to study drama, accompanied by William Esper. Heaton’s first Broadway appearance was in Don’t Get God Started. This was when Heaton came up with Stage Three, an off-Broadway group of entertainers.

Stage Three started displaying its talent in different places. In one instance, Heaton was performing in Los Angeles when she caught the attention of a casting director. Afterward, she appeared on a series for three consecutive years and several other guest appearances.

Heaton started appearing in feature films, including Invisible Man. Soon after, she was seen in sitcoms that aired for a brief period. Patricia’s life-changing moment finally arrived when she starred as Debra Barone in Everybody Loves Raymond.

In 2007, Heaton was seen in Back to You along with Kelsey Grammer. Moreover, she also starred in several movies, which were a hit amongst the audience.

Patricia produced the Bituminous Coal Queens of Pennsylvania while her husband directed it. In addition to it, she also produced Amazing Grace.

Another show that contributed to Heaton’s success was The Middle. She played the role of Frankie Heck which was loved by the audience. It further helped Heaton make a place in the list of Funniest Women on TV.

In mid-2021, Heaton celebrated three years of sobriety. She revealed that she was starting to enjoy alcohol a lot, which impacted her health in a way. So, at present, Heaton is saying no to alcohol and yes to a healthy diet. She is on a low-carb, high-fat diet.

Patricia Heaton gives her 100%, whether it is acting or directing. But that’s not all! Heaton is a loving wife and a doting mother too.

Patricia Heaton is married to David Hunt, a well-known English actor and director. The couple got married in 1990 and is blessed with four sons. Since Hunt is from the United Kingdom, the couple splits their time between Los Angeles and Cambridge.

Heaton takes proper care of her health and fitness because that’s what helps her look great on our television screens. Even though she absolutely hates going to the gym, there are a few practices that she follows religiously.

This includes a seven-minute intense workout session, skiing when she is in Montana, and using a stationary bike.

Patricia Heaton has nothing to hide, whether her witty humor or ample assets. Her breast size is 37 inches, and her bra size is 34C with cup size C.

Heaton carries herself very confidently both on and off-screen. Her style speaks volumes about her fashion sense, and her presence can turn heads. She was once spotted in a floral bikini that accentuated her beautiful breasts and toned legs.

Patricia Heaton has always been upfront when it comes to her personal and professional life. So when fans started suspecting if Patricia had gotten some work done, she did not step back. Instead, she addressed all the assumptions.

Well, it turns out Patricia has gotten her stomach reconstruction after the birth of her four children, who were born via c-section. It helped her gain confidence and get back in shape.

Additionally, Patricia also opened up about breast augmentation and said that she is always ready to try new things that keep her youthful.

Patricia Heaton is famous for several roles, such as Debra Barone in Everybody Loves Raymond and Frances Heck in The Middle. She has been honored by several awards and accolades, including three Emmy Awards. As of 2021, her total net worth is $40 Million.

You might know Debra from Everybody Loves Raymond or Frankie from The Middle, but do you know Patricia? Here are some fun facts about the actress.

Patricia won the role of Debra Barone because she was the only actress who agreed to kiss Ray Romano in the audition. Her confidence impressed Romano so much that he convinced the producers to choose her over Jane Sibbett.

Patricia once revealed that her favorite body part is her feet. She added that they aren’t pretty, but they get her wherever she wants to go. Cool, right?

What shape of face does Patricia Heaton have?

From chestnut-brown to red, Patricia Heaton has tried several hair colors. While her real hair color is dark brown, at present, it is light brown with streaks of white.

What color eyes does Patricia Heaton have?

Does Patricia Heaton wear a wig in the middle?

Yes, Patricia Heaton wears a wig in The Middle. She revealed that wearing it helped save time since she didn’t have to style her hair.

Where does Patricia Heaton live?

Patricia Heaton and her husband David Hunt divide their family time between LA and Cambridge.

Patricia Heaton knew that she was made for Hollywood straight after her Broadway debut. Even after decades in the industry, Heaton strives to give her best, just like Salma Hayek, who is also known for her amazing on-screen presence. 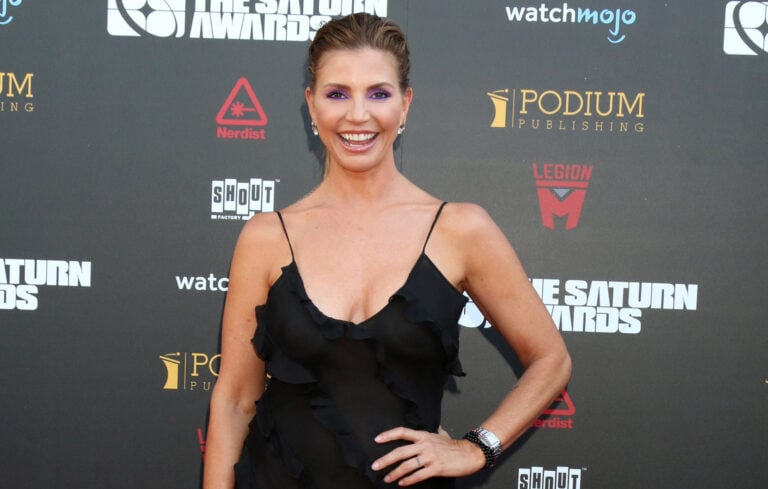